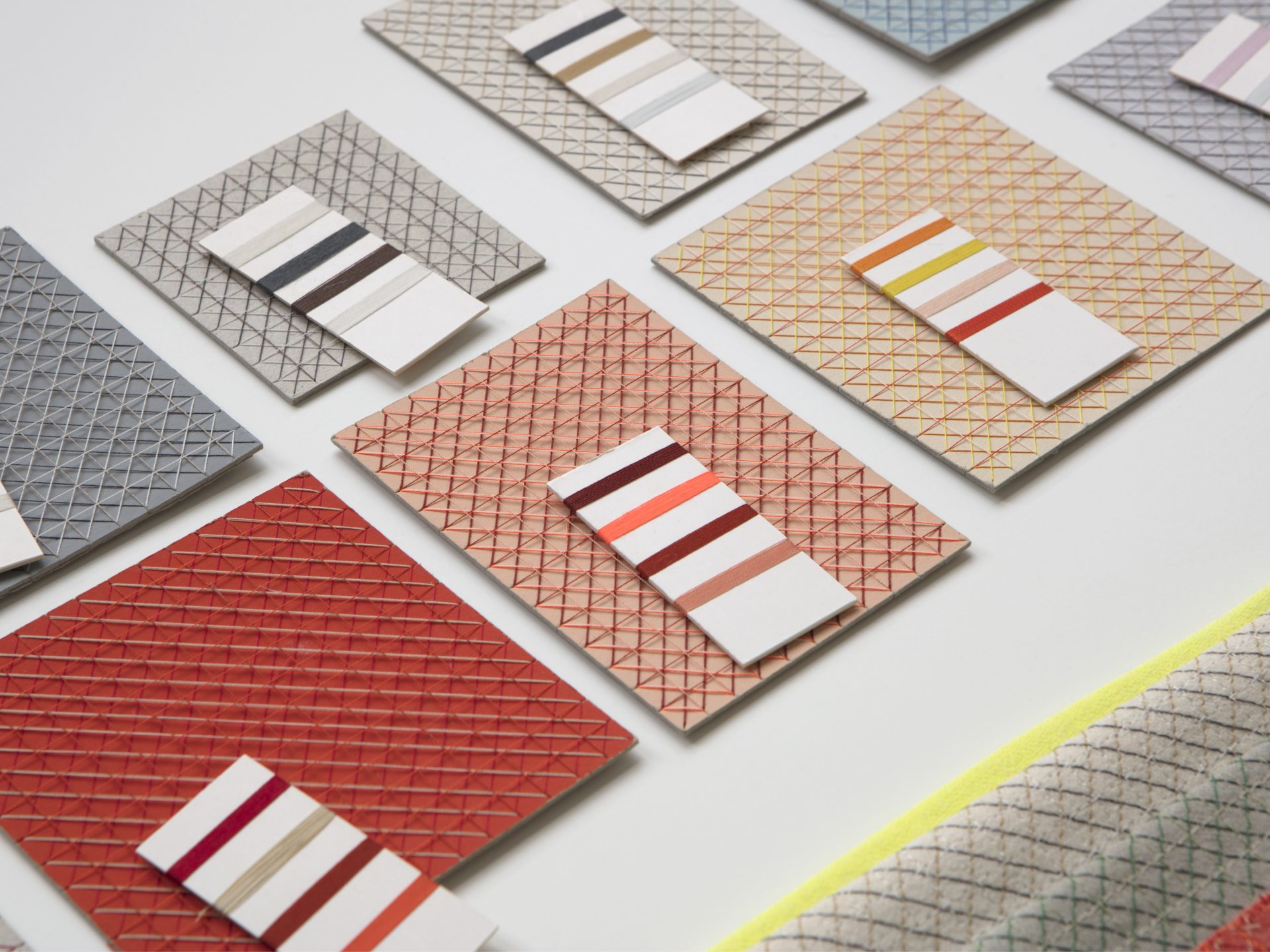 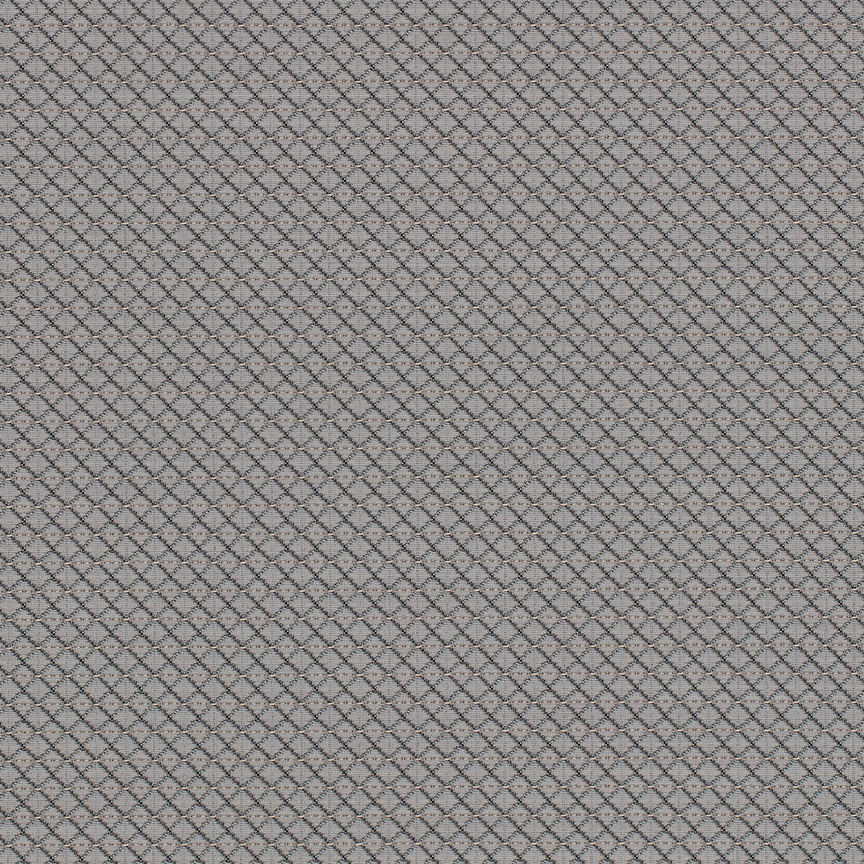 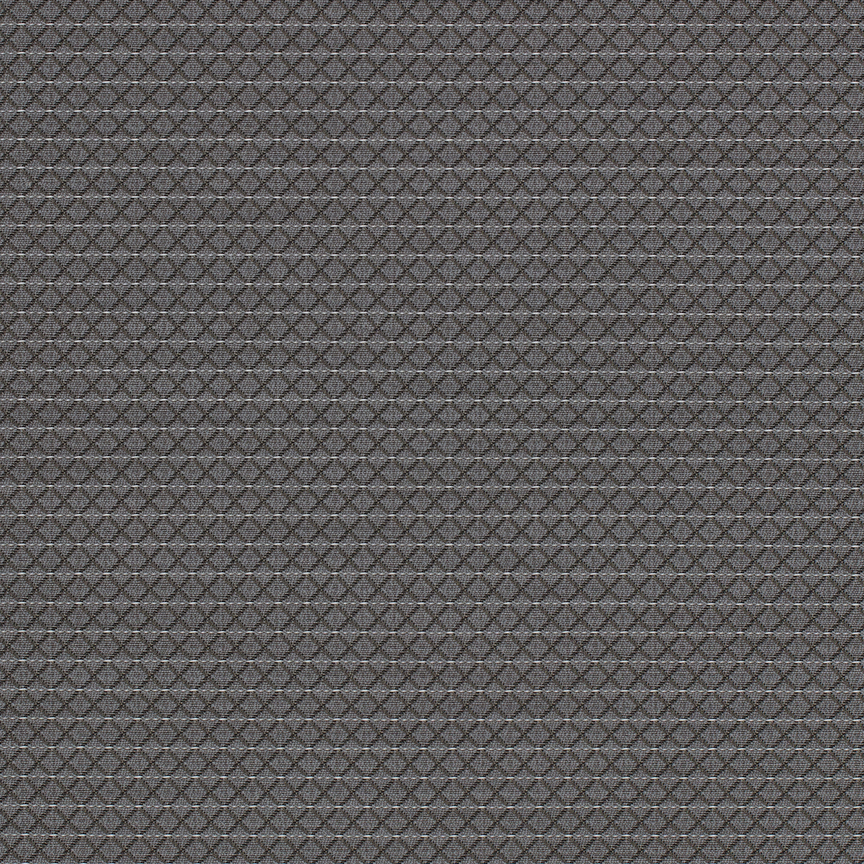 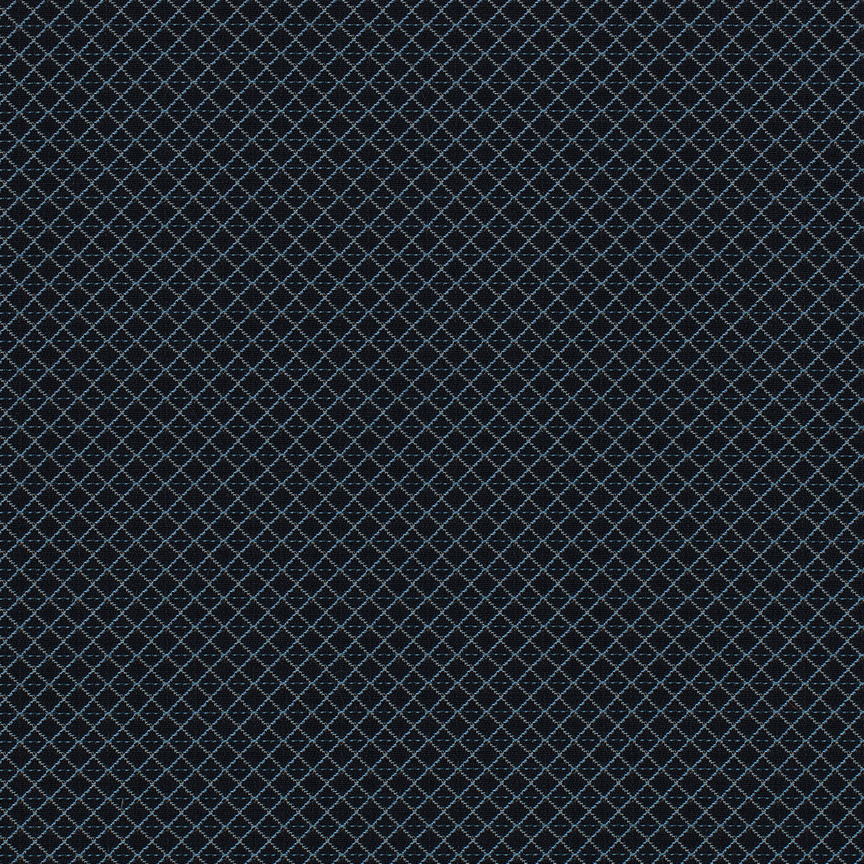 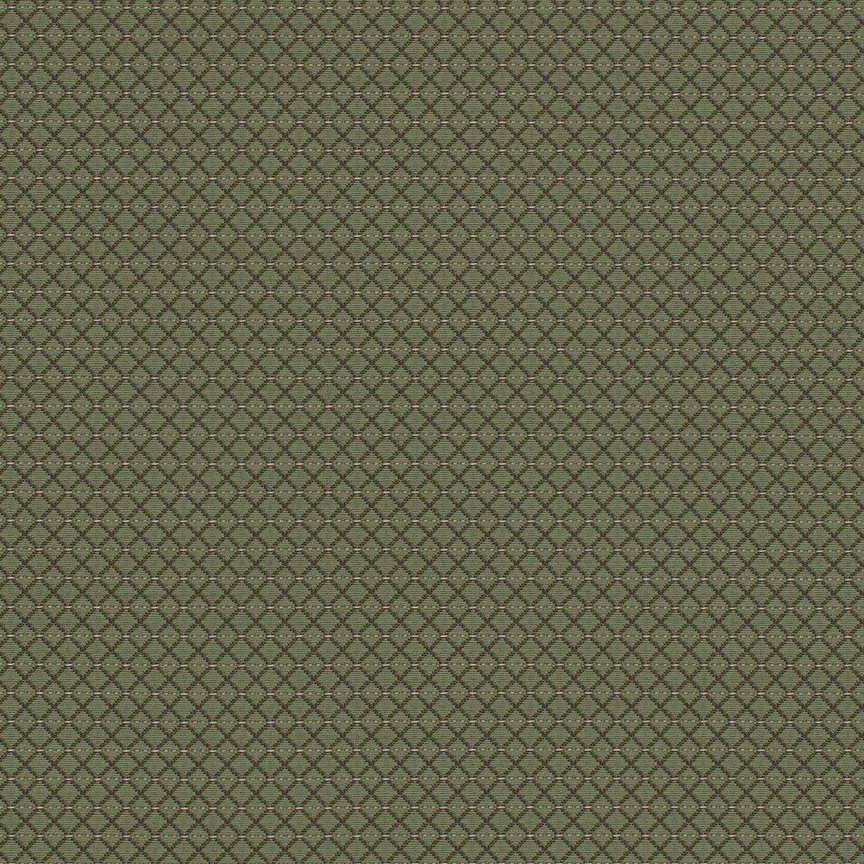 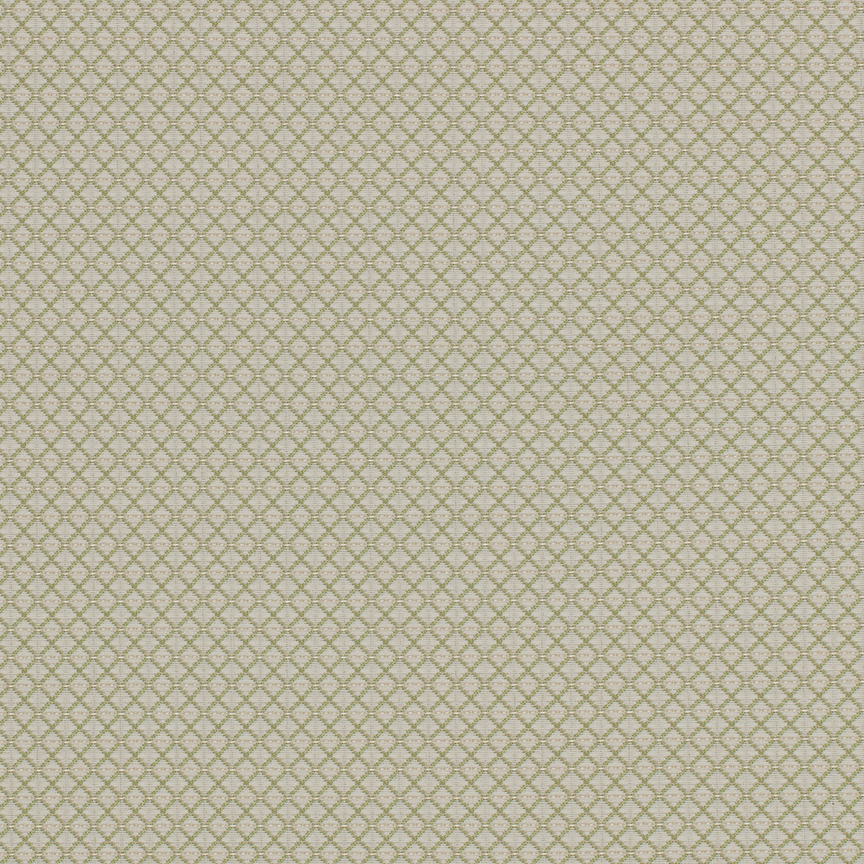 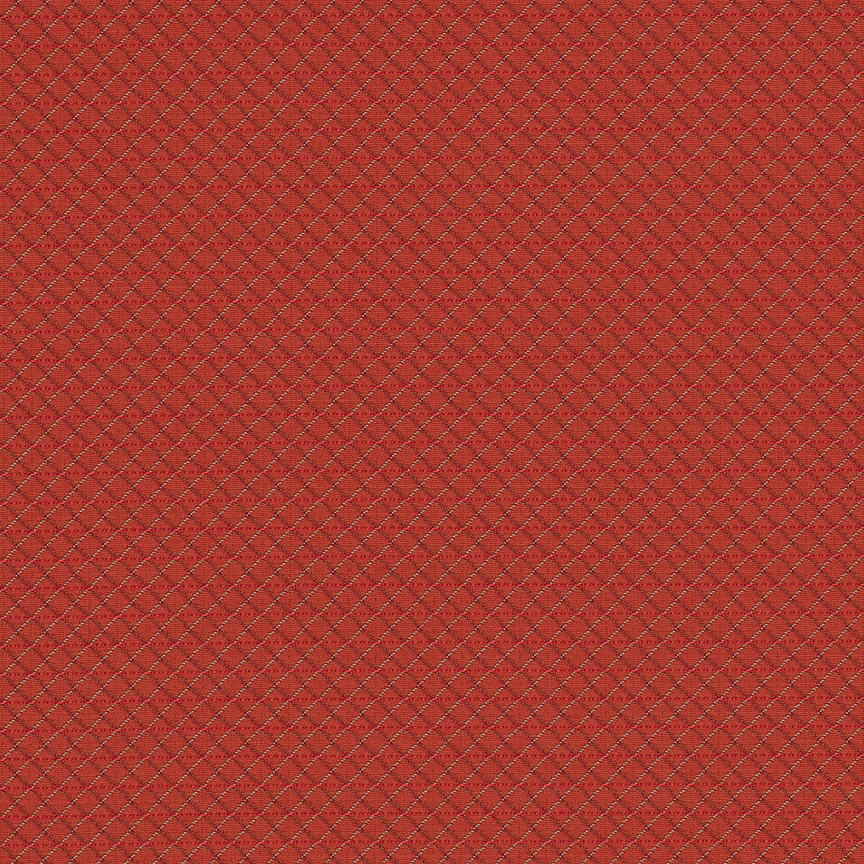 Their approach to creating Tracery’s pattern was similarly three-dimensional. Painted chipboard was notched and wound with four different coloured threads: two on the horizontal and vertical axes and two on the bias. This technique was then translated into a woven fabric that reads as a solid from afar, but reveals a finely quilted diamond structure when viewed up close. Two high-sheen yarns—one longitudinal, the other on a diagonal—add reflectivity and interest to this small-scale texture. The tonal palette comprises cardinal, pale blue, indigo, sage, graphite, and tints thereof.