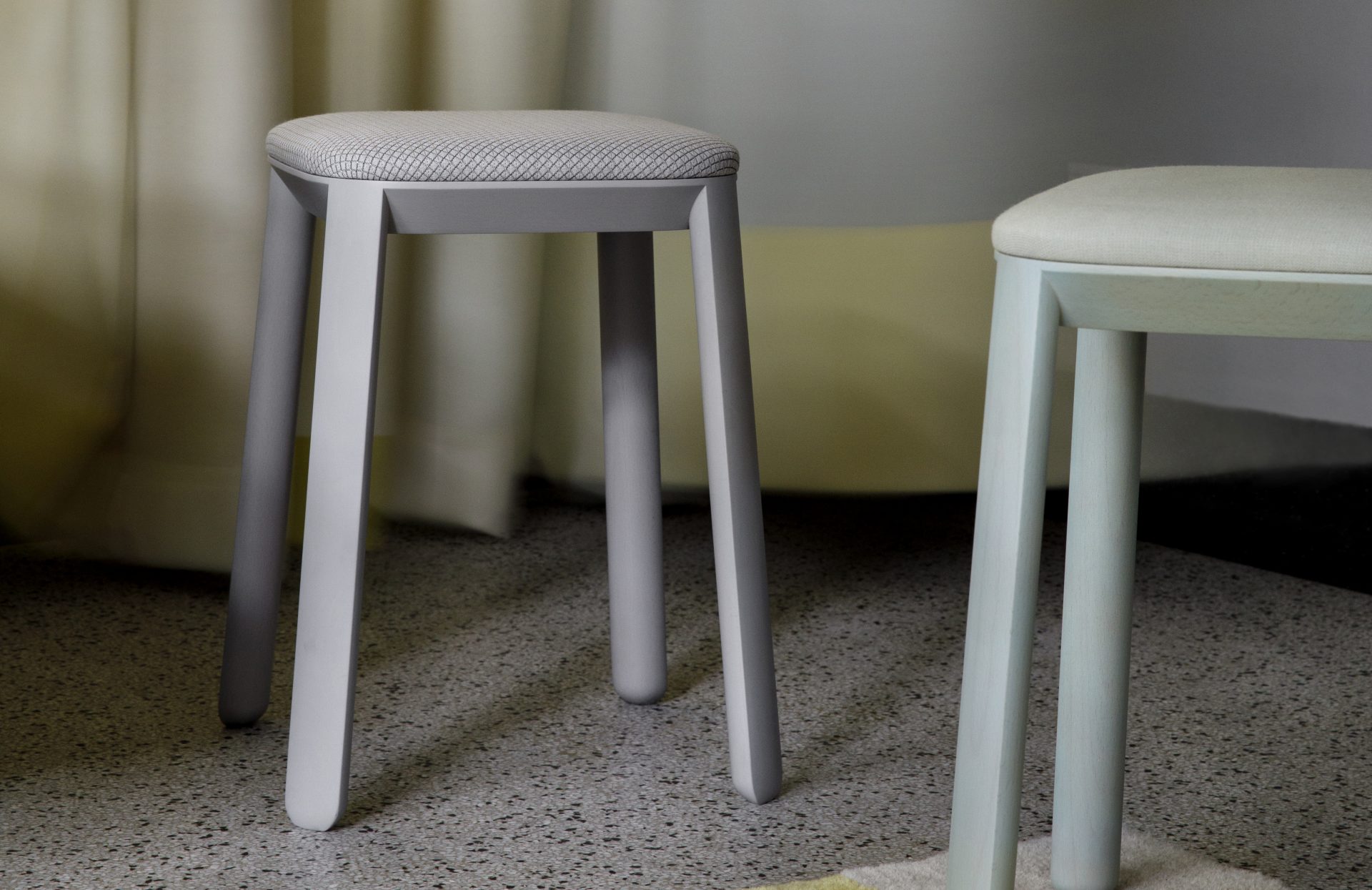 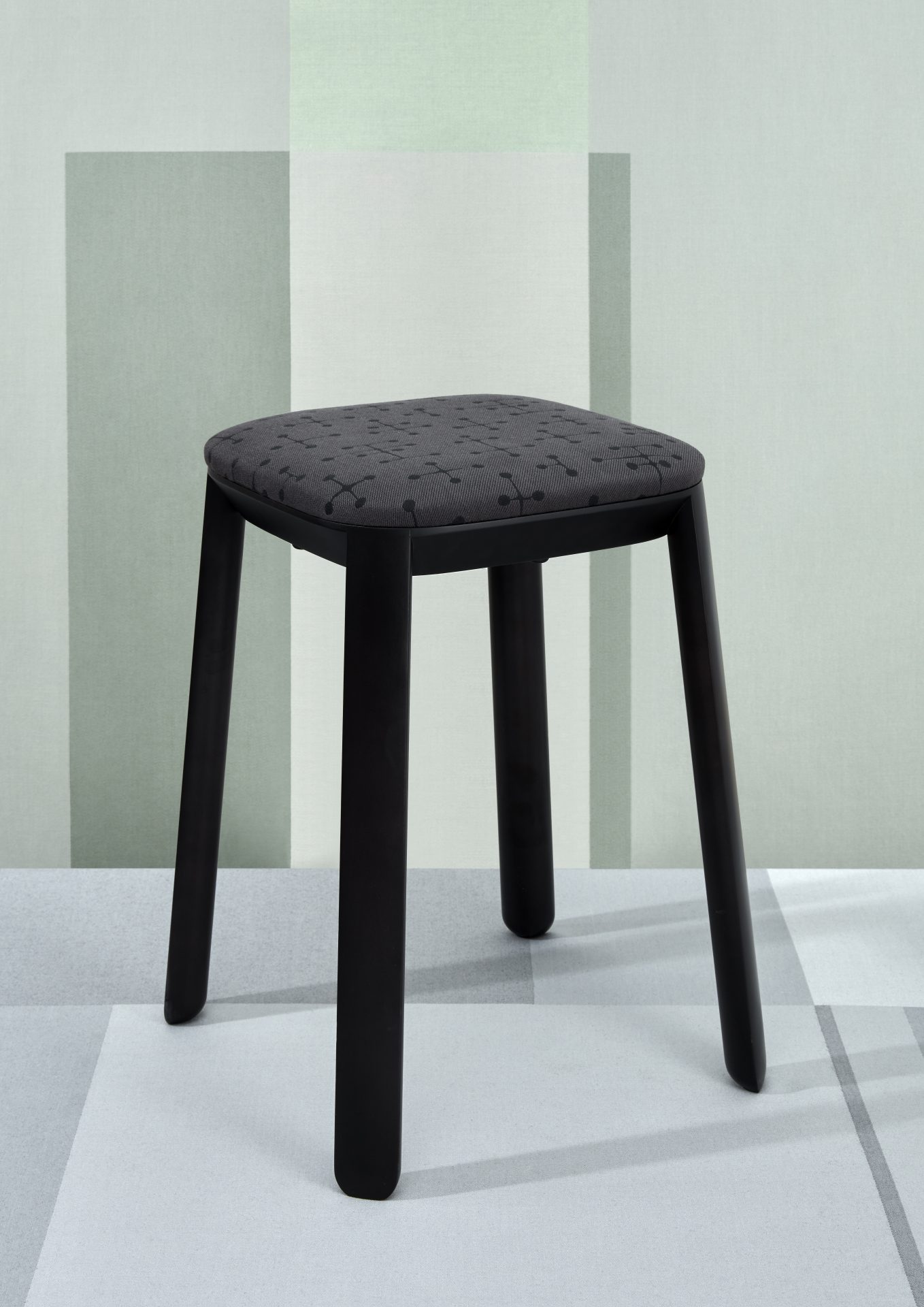 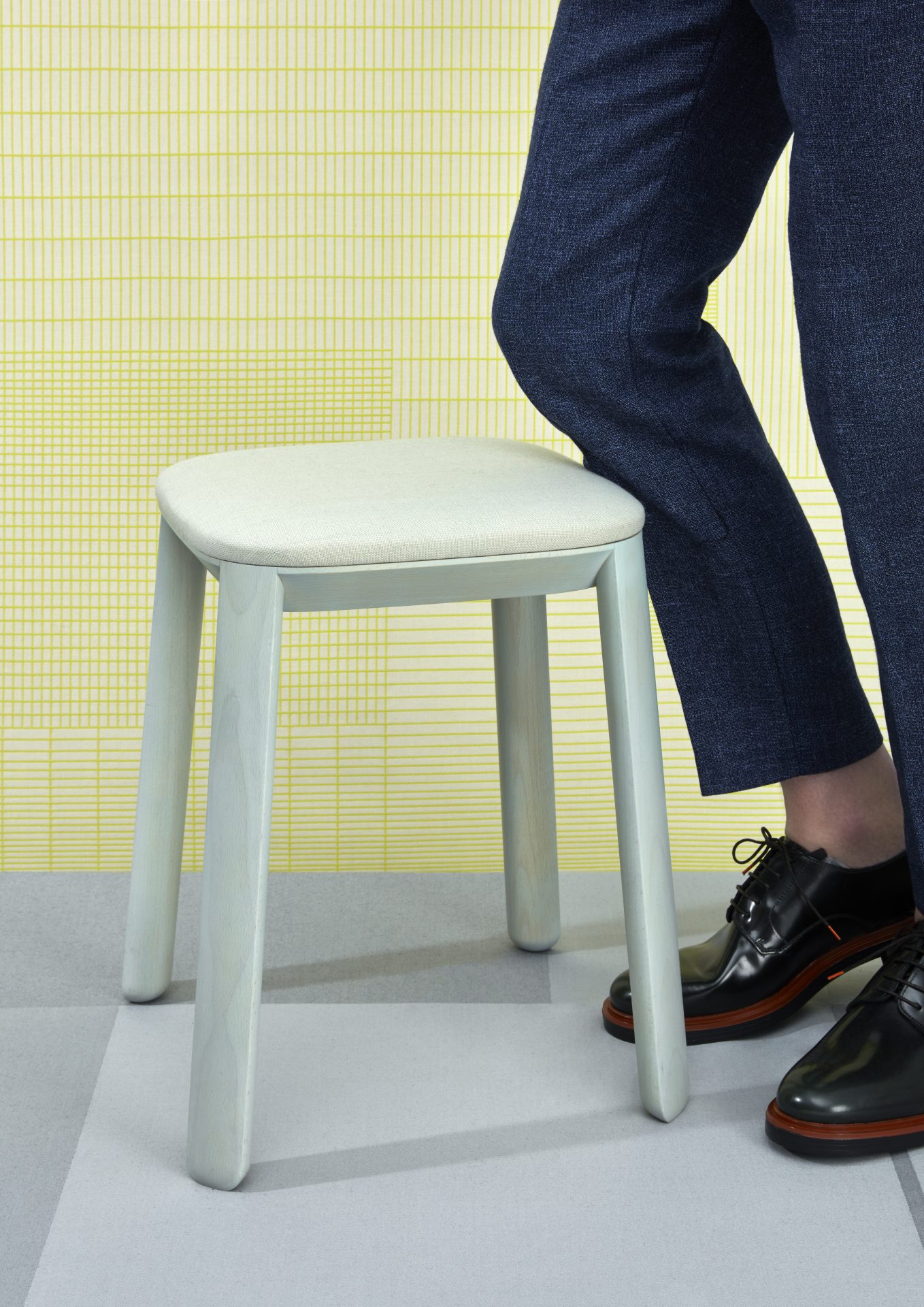 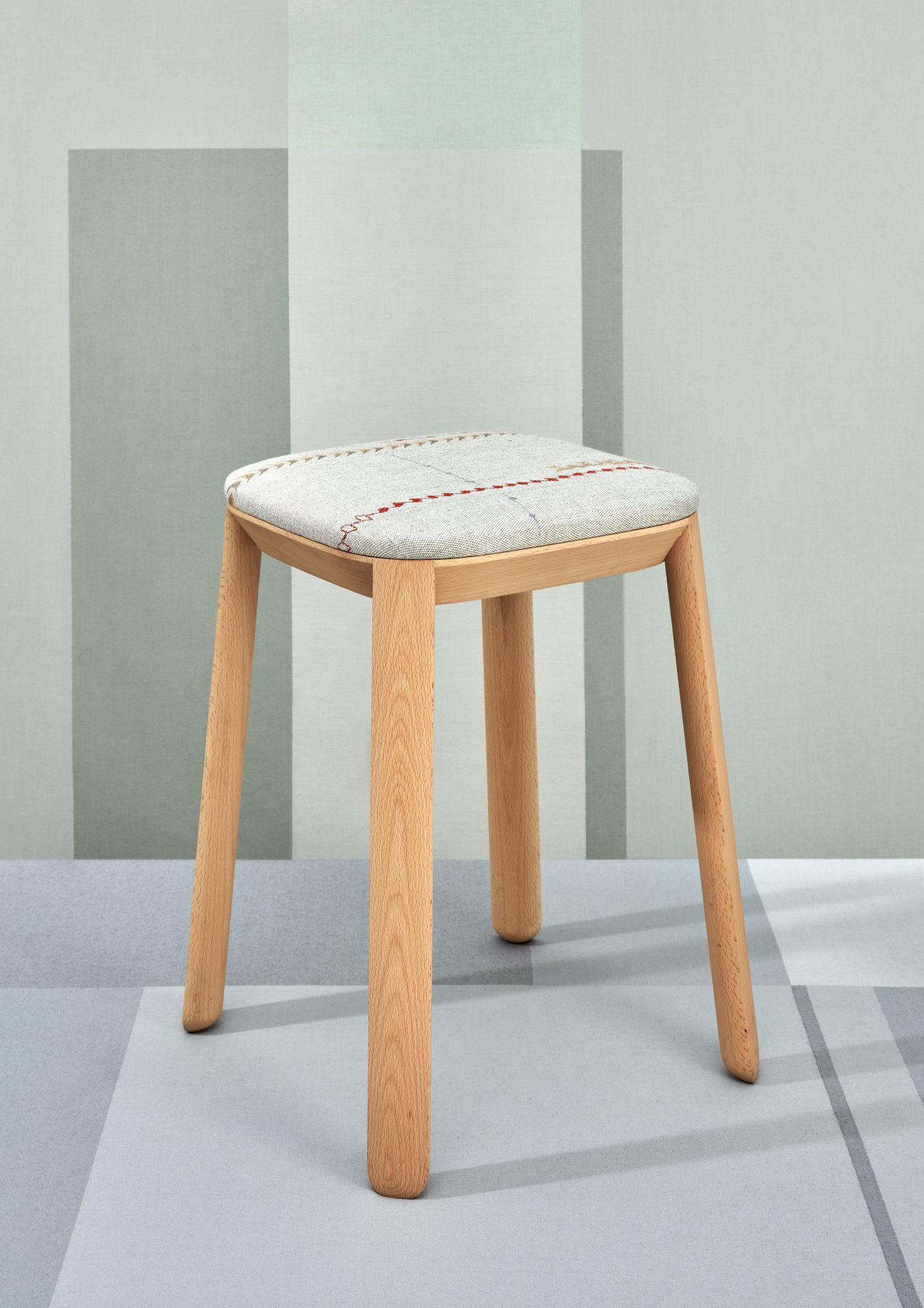 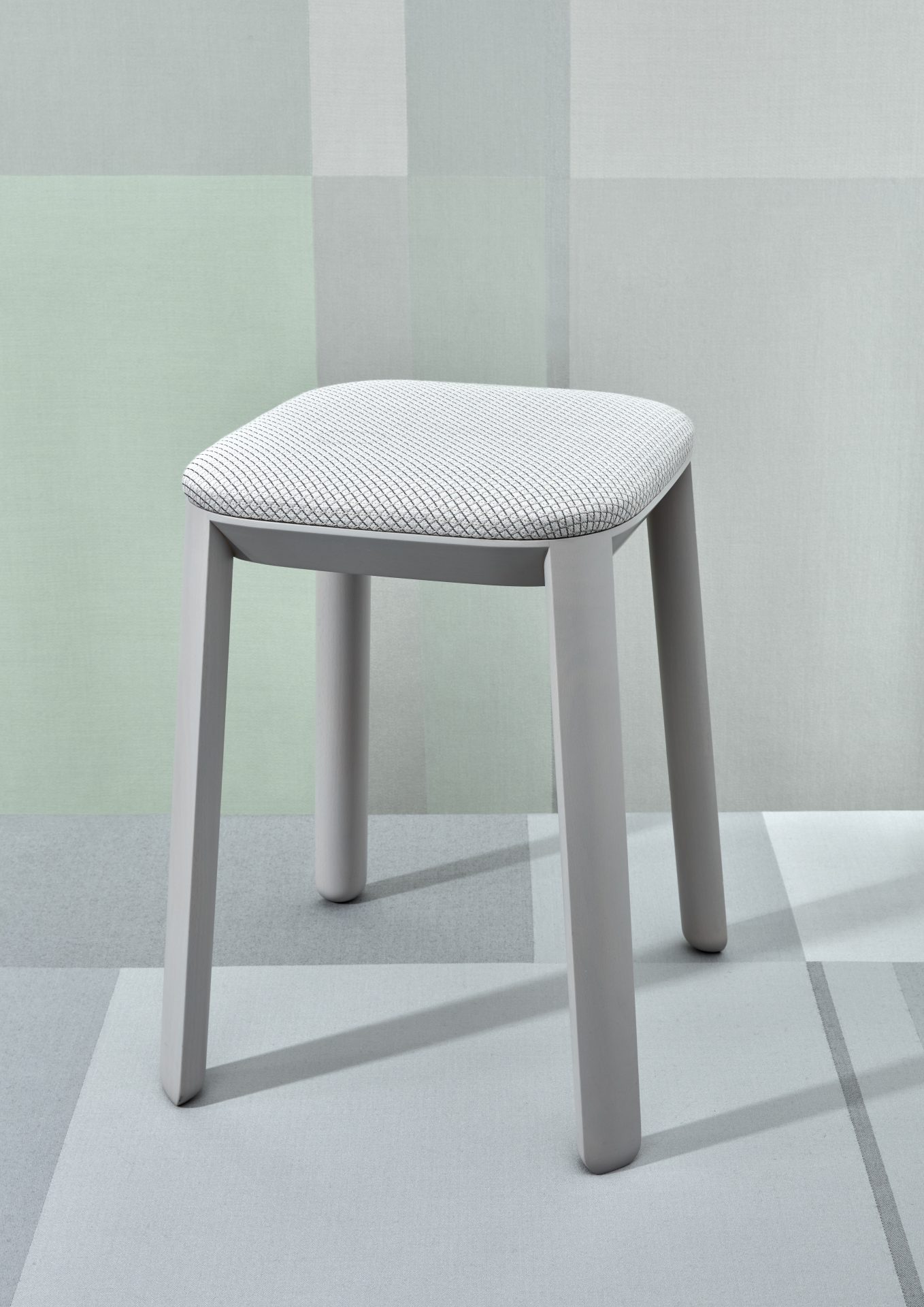 Karimoku New Standard is the manufacturing partner for the Covered Stool. With a slender profile and stackable frame, the stool is topped with an upholstered seat fashioned from the fluorescent geometry of Bright Cube, the solid wool of Pare, or the stitched grid of Tracery—all designed by Scholten & Baijings in collaboration with Maharam—as well as the iconic Small Dot Pattern designed in 1947 by Charles and Ray Eames, all with complementarily coloured, tinted beechwood bases—an effect Scholten & Baijings had not previously explored with Karimoku New Standard. Hella Jongerius’s embroidered textile, Borders, which combines several different archetypal motifs, is an exception in that it’s paired with a natural beechwood base.

Combining a rigorous and holistic approach to design with thoughtful details and high-quality execution, Maharam is well suited to the Japanese market. Scholten & Baijings, having collaborated with Maharam since 2014, bring an ability to carefully translate Maharam’s aesthetic vision to Japan, a country in which they’ve worked since 2009. Indeed, “Japanese craft, industry, material and culture” were top of mind as they developed this collection, says Stefan Scholten.